Due to the closure of it's much loved venue at the First Floor, our original Acoustic Music Shed in Newport has now moved to the Isobel Centre, Furrlongs,. 6.30-8.30pm every Wednesday, £3 fee per session. 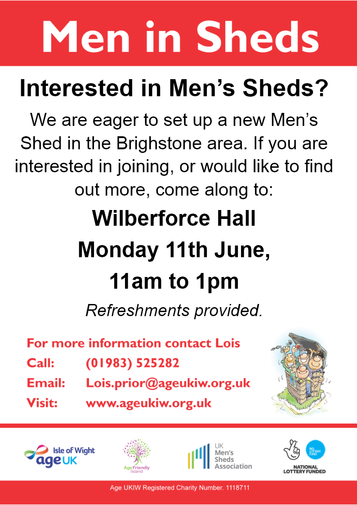 Brighstone Grange is keen to set up a Men's Shed in their grounds for the benefit of the local community, as well as their residents. An open day to find out more will take place Monday 11th June, 11am at Wilbeforce Hall. 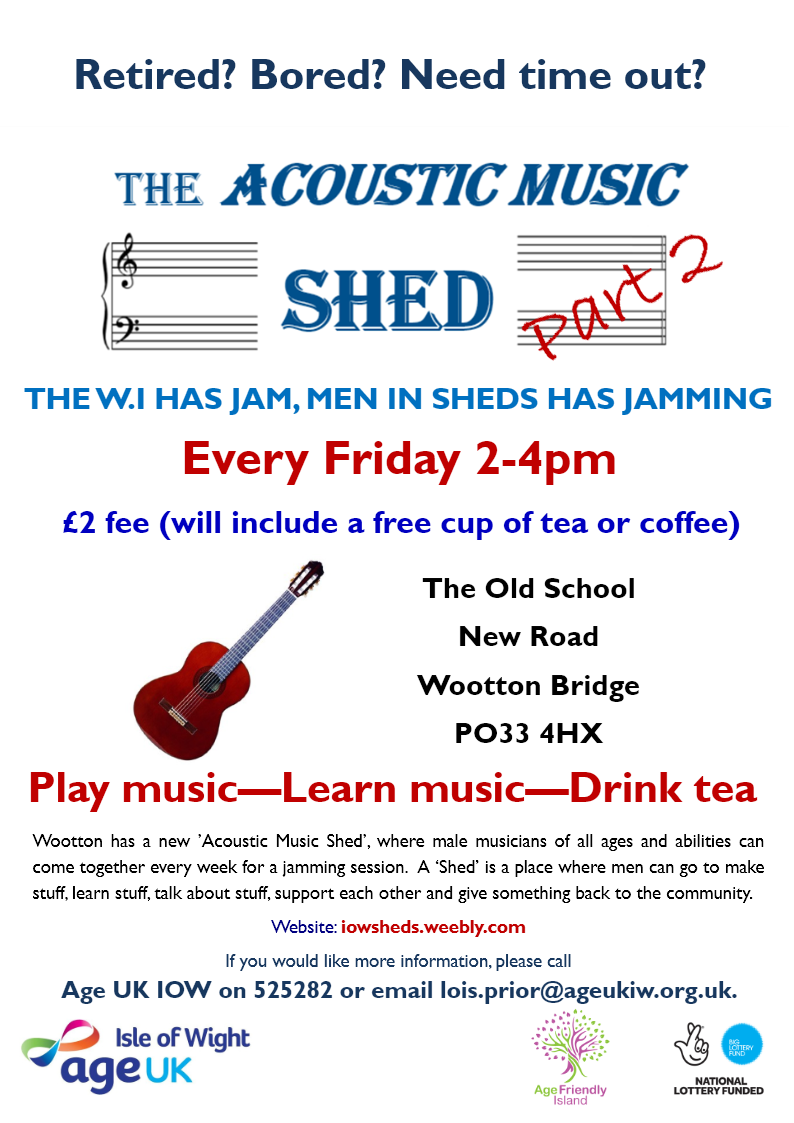 Sandown engineering shed opens to the public at hullabaloo 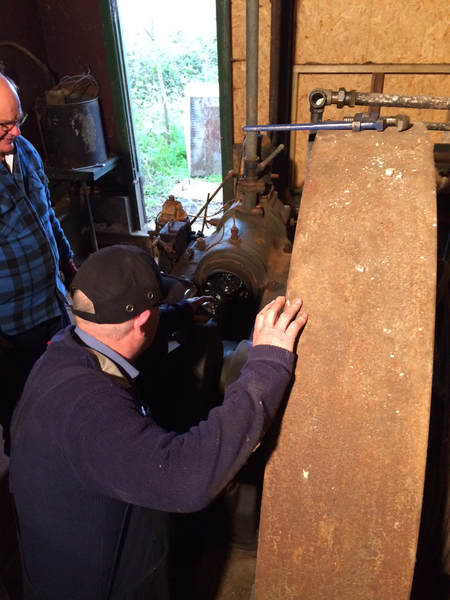 The unique Sandown Engineering Shed, located in a 1930's power station, will be open to the public at the Hullabaloo event this weekend (12th, 13th May) from 11am to 2pm. The outside of the building hides a fascinating collection of engineering machinery within , much of which we still do not know its intended function. Much mystery has surrounded this site since the second world war, due to its potential vital input into the PLUTO project. Why not come down and find out more about what lies here.

Aviation museum shed is now ready for take-off (chocks away!)

We now have a shed within a very very big shed (an aircraft hanger in fact). The new Wight Aviation Museum is currently under construction at Sandown Airport. It;s main collection was put together by a Freshwater man (Richard Folleyman) and it is his wonderful workshop that will be the inspiration for the new shed within a big shed.

For carpenters, aviation enthusiasts or anyone interested in working t a museum, this could be the shed for you.
​ 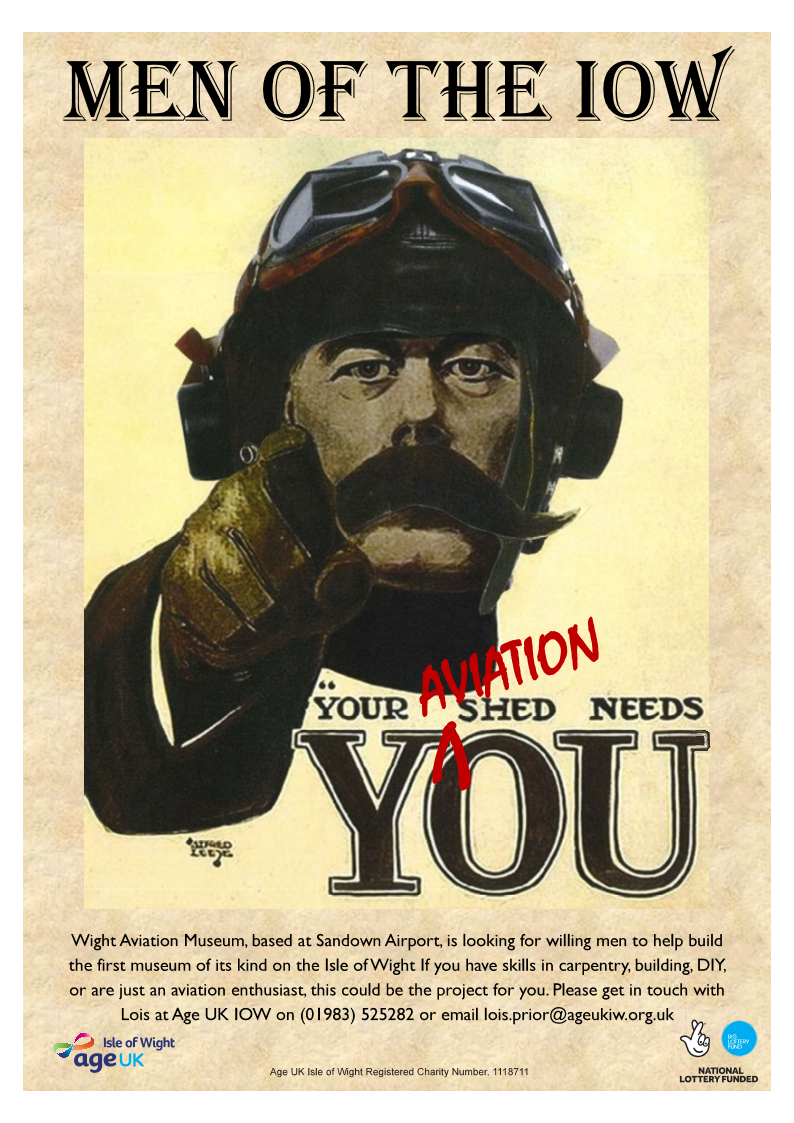 acoustic music shed celebrates its first birthday with cake (what else!) 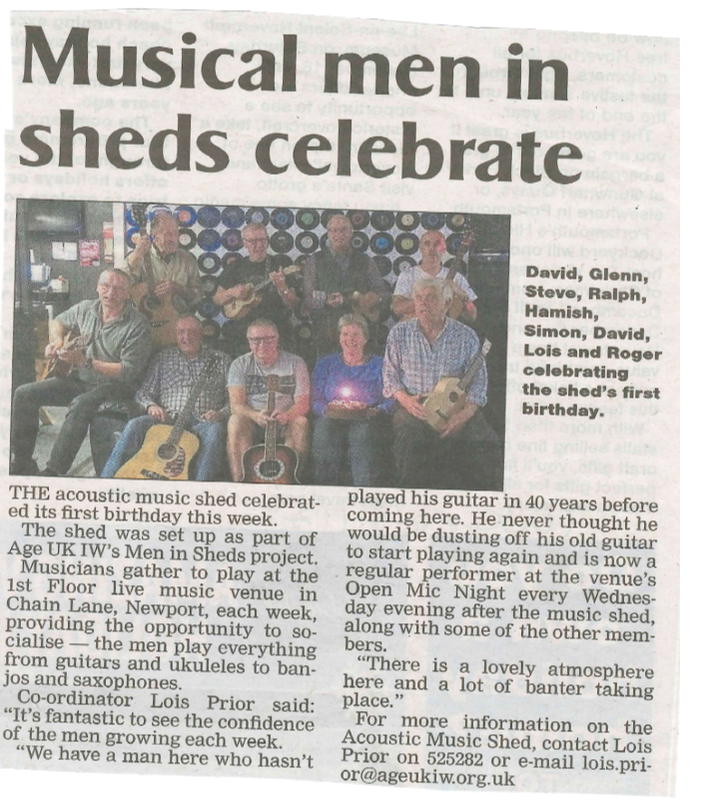 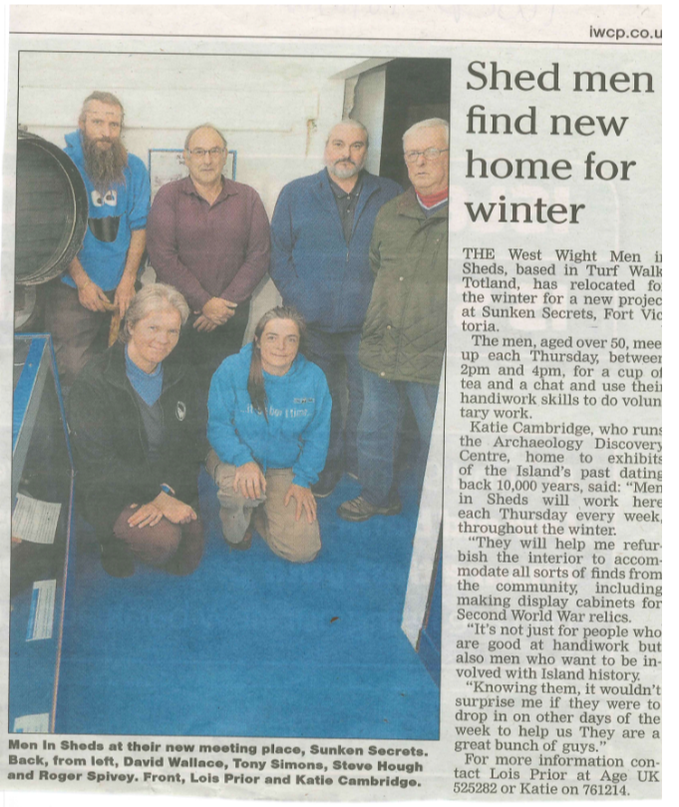 GMTV's Penny Smith is one of Age UK's ambassadors. After wanting to find out more about the good work of Men's Sheds, we invited her along to our Newport shed yesterday (15th November). As well as asking lots of questions she helped with the weeding and ate some of the produce grown in the garden here. (pictures to follow)

work has now started at the sandown engineering shed

Things have been busy here at the Age UK IOW Men in Sheds office. We have been in talks with Brading Community Partnership for some months about opening a Men's Shed at Brading Youth Club. This has now started, meeting every Thursday, 10am to 12 noon. You can just pop along or find out more from us through the Contact page

Shanklin shed will soon be getting 'floored' 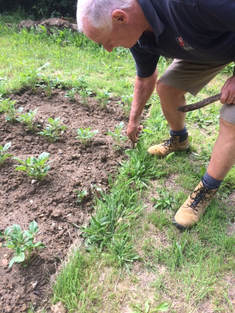 The men of Shanklin have been generously offered a room at the YMCA Winchester House. The only snag was the lack of a floor and an eight foot drop. After an ongoing Crowdfunding  campaign and the generosity of a local builder, the floor is due to be built imminently. This will mean that the Shanklin Shed will have shelter from the elements at last and a space to call their own.

Just because the men didn't have a shed doesn't mean they didn't work. Instead they have been working outdoors clearing a space and creating a small allotment that can be used by the young people using the YMCA. 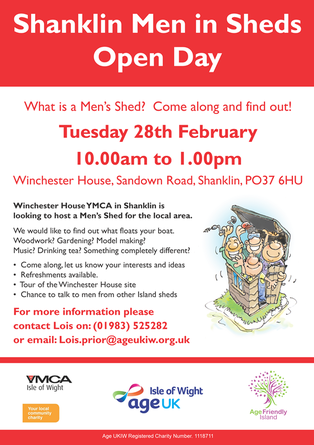 Winchester House in Shanklin (the YMCA) is looking to host a Men's Shed. To find out local interest and to spread the good word of the Shed to the people of Shanklin, Winchester House will be hosting an open day (including cake!) 10am - 1pm on Tuesday 28th February. Come along to find out what potential projects are around the site, what is a Men's Shed and hopefully meet some current shed members from other island sheds.

are you growing your 'mo' for movember? 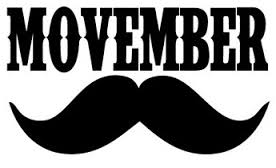 November has now been re-named as 'Mo'vember, encouraging men to grow a mustache. The reasons behind this is to raise awareness of men's health issues as well as raising money (and perhaps celebrate the art of mustache growing). Its a fantastic approach to raising awareness of health issues affecting particularly younger men, including mental health, prostate and testicualr cancer.

There are a variety of ways to raise awareness, so why not get involved and 'Go with the Mo' 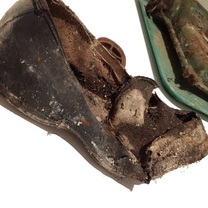 IOW Men in Sheds is hoping to be part of a PLUTO restoration project at Sandown. The PLUTO shed was catalogued and items removed. Some of these items are on display at Quay Arts, Newport, as part of their 'Impressions of War' exhibition. As well as the PLUTO items, there are other works of art on display, including a large scale WWI tank and a vertical model of trenches. This is well worth a visit if you are ever Newport bound.

The picture to the left shows a rubber soled shoe left behind next to the electricity control unit.

give a shed a 'forever' home, a message from the ventnor shed 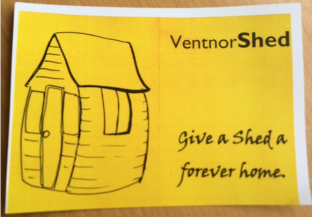 The Ventnor Shed has been a popular centre of activity in Ventnor for around 18 months now, enjoying a healthy membership and a vital service to the men of the town. The building where the shed is located is being sold to a local Housing Association for redevelopment, and so the clock is ticking to find the shed a new home. If you can think of anywhere in the Ventnor area that could fulfill this purpose, please get in touch (use contacts page)

Men in sheds heads for the Shed fest in birmingham

'Celebrating Age' is something that the Ageing Better Programme is keen to do. between 1st and 7th October, events took place all over the Isle of Wight, showcasing activities for older people. Our brand new Shed in Newport had an open afternoon, where 17 people turned up for a tour and a cuppa.

newport gets it own shed at last 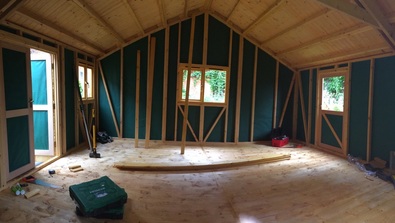 After nearly a year of planning, Newport Men in Sheds has at last got a shed to call it's own. The Shed, from Lushington Garden Buildings, was designed for maximum light as well as to make the best use of the space available. The shed members are already working on getting some steps and a ramp to the front door, as well as clearing the grounds around the shed, ready for planting up. 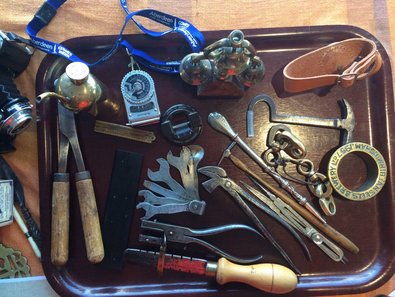 on 23rd September, several members of the Isle of Wight Sheds sidled up to the Yacht Haven at Cowes to take part on the BBC Radio Solent's 'Big Cuppa' event. We provided a tray full of unusual tools (see if you can figure out that they all are) as well as leaflets on improving health and wellbeing. Our man who can, Dave Bishopp, was interviewed live on air as well. A good but thoroughly exhausting day.
Powered by